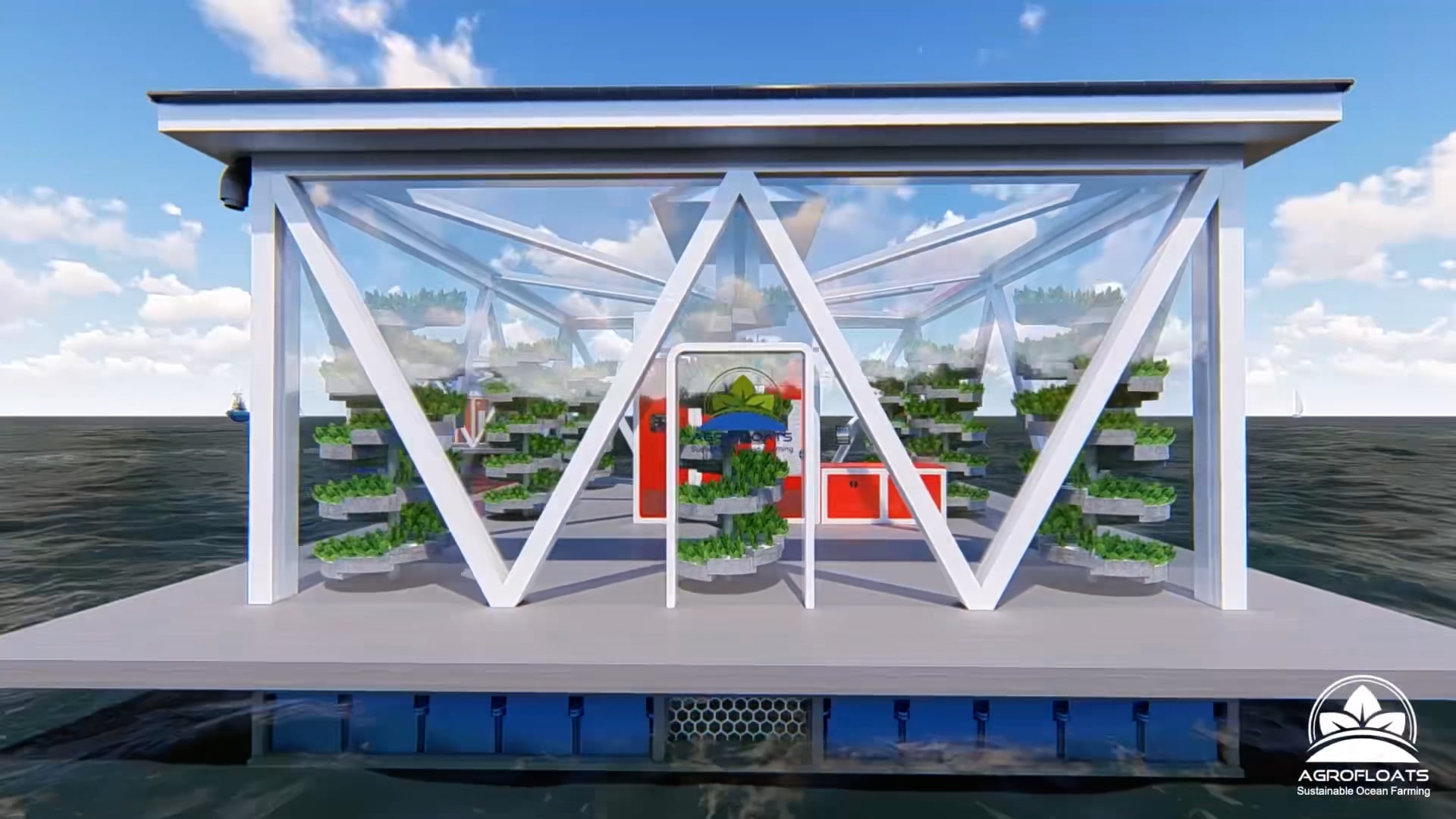 Farming these within a land-, water-, energy- and climate- independent sphere - deployed on oceans, rivers or lakes, wetlands or on any other type of unproductive land - is the Future.

Floating rubbish cans that collects garbage from the sea

The Future of farming is here

Our World’s population is expected to grow by 2050 to over 10 billion people. Providing for such population in 2050 will require raising overall agriculture food production by over 70 percent between now and then.

Such agriculture increase will need the current production capacity and space to almost double. Arable land will need to further expand exponentially leading to an increase in deforestation, and an even more severe burden on renewable freshwater resources and energy for irrigation.

Excessive usage of fertilisers and pesticides to protect these valuable crops will impact our climate and reduce our planet's sustainability.

That's why we designed Agrofloats - for the Future of Farming.

Agrofloats can be deployed on lakes, slow flowing rivers, the ocean, in  wetlands or on any other type of unproductive land - enabling Farmers of the Future to make best use of limited land resources without the needs for further deforestation.

Get to know more

Agrofloats use a patented rainwater catchment and purification system, and can desalinate sea water for circulation in our uniquely designed closed-circuit hydroponic irrigation system without polluting the environment. And excess freshwater can be shared with others.

Agrofloats harness the power of the sun and waves' movement to create more than sufficient energy to power all internal systems through its smart and efficient power management system and efficient battery storage capacity. And excess energy can be shared with others, too.

Agrofloats are fully microclimate controlled and able to simulate optimal  growing conditions for an increased harvest of any type of leafy green allowing Farmers of the Future to grow what is needed, and not being limited to what only will grow in their local climate conditions.

Agrofloats are partially manufactured from recycling materials such as marine grade aluminium, PVC and car tyre rubber. In addition, Agrofloats are designed to produce a negative Carbon Foot Print (which is good) that even can enable Farmers of the Future to earn Carbon Credits as additional income source.

INVEST IN THE FUTURE OF FARMING

noom biotech is currently Equity-Crowdfunding on pitchIN
Invest safely and become one of our company's share holders, and your investment will grow together with us to contribute to a healthier Future of Farming

Sign up to hear from us about specials, news and events.

Agrofloats™ is the 100% brain child, patent and trademark of noom biotech